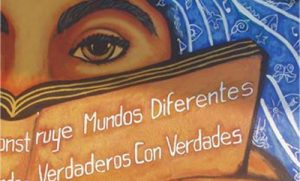 Race, difference, and the cultural politics of heritage, self-making, and social transformation are key concerns in our wider society. This concentration invites inclusive and creative approaches to addressing these issues, as students, scholars, and a broader public of world citizens.

The RDP concentration foregrounds race when asking questions about the ways that difference and power not only structure lives, but also provide pathways for agency. Given that the discipline of Anthropology was instrumental in shaping conceptions of race that were, and still are, widely used to explain human differences, we take it as our responsibility to critique pseudoscientific race claims, and to explore the myriad ways that “race” is used to privilege some and disempower others. After all, the process of race-making (racialization) involves the creation not only of difference, but also of sameness—that which makes us “us,” as well as that which distinguishes “us” from “them.” By emphasizing difference and power, we signal the salience of both, and acknowledge many forms of difference and inequality that shape and make our world(s).

The RDP concentration includes Anthropology’s archaeological, biocultural, linguistic, and sociocultural subdisciplines, and finds its grounding in broad, interdisciplinary engagement. Contributors to the concentration are firmly committed to research, mentorship, and teaching that pursue solutions to today’s pressing concerns. In search of this end, we actively collaborate with a variety of other UNC-CH Departments, Institutes, Centers, and Programs, as well as with communities in North Carolina, throughout the United States, and across several continents.